Click here to back Tournament of Death 3 on Kickstarter.

This is it!  The start of Tournament of Death 3!

Blow the horns!  Beat the drums!  The Winter Games have begun, and so have the “16 Days of Gory.”  Despite a minor setback (my writing chair failing spectacularly, spilling me on my left wrist), the first words of the Tournament have been typed.

Later tonight, the finished Prologue will be posted online for the TOD 3 Kickstarter backers.  I hope you’ll be among the first to see it.

I spent the morning working on artwork to share with you over the course of the games, because for the next couple of weeks I’m not going to have time to do much of anything except write!

Again, I hope you’ll join me for this venture, because it’s going to totally rock.  If you liked Tournament of Death 1 & 2, wait until you see this one.

Join up!  Invite your friends!  The more the merrier!

And then fasten your seat-belts!  We’re taking off faster than a Russian rocket!  (Faster, even, than you can say “Pussycat Riot” — one of our first-met stretch goals.) 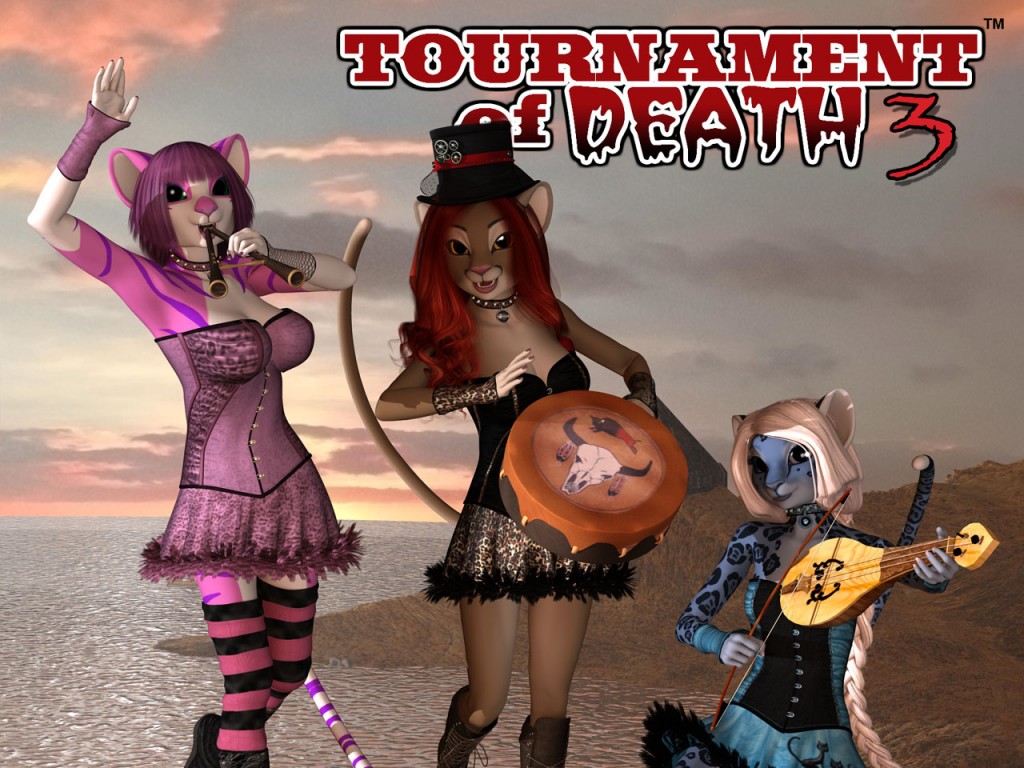 IN THIS EPISODE: …Not only is there a werewolf in the Chamber of Horrors now, but there’s another unexpected arrival as well… (Just a reminder that my Patreon subscribers at $2 and above get all […]

IN THIS EPISODE: …Monsters battle to the death! Vincent flounders… Join my Precognitive Team ($2 & up) and get all the stories in PDF format in advance! Welcome to another chapter of Dr. Cushing’s Chamber of Horrors!  By pledging, […]