The Worst Movie in the World is now an Award-Winning Novel! 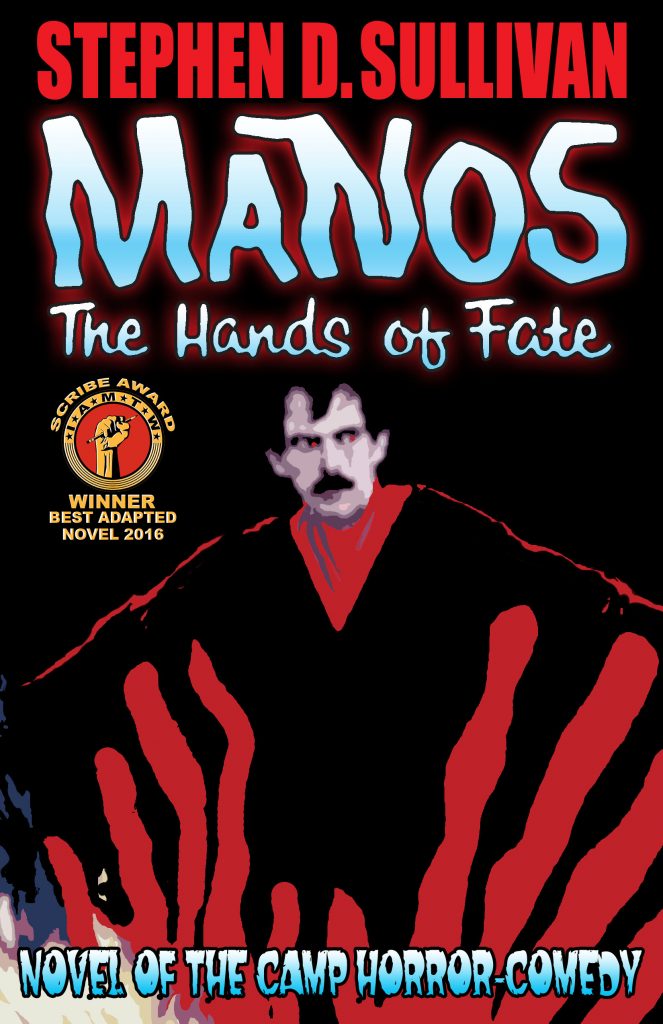 The Scribes are given out by the International Association of Media Tie-In Writers (IAMTW), a group comprised of professionals who create new and adapted books from existing film, comic, game, and other properties, such as Star Wars, Batman, and Dungeons & Dragons.

“This is like the Oscars for authors working with tie-in properties,” said Sullivan.  “I’m both thrilled and surprised to have won, because the competition in this category was very strong.  Really, it was an amazing honor just to be nominated.”  Other nominees in the category included: Batman: Arkham Knight by Marv Wolfman, Crimson Peak by Nancy Holder, Star Wars: Dark Disciple by Christie Golden, and Backcountry by D. E. McDonald.

This is Sullivan’s first win.  “I hadn’t had books eligible for the competition since 2009, so winning came almost completely out of the blue.  It’s funny to think that I wasn’t planning to write this book.  I’d been working on a scary Manos adaptation (Manos is famous for being unintentionally funny), just to prove you could make a good book out of a bad movie.  Then I realized that the existing audience for Manos would expect something funny.  So, I dove into this one, and now I’m really glad I did!” 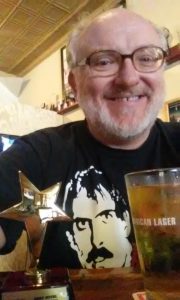 Manos: The Hands of Fate was proclaimed “The Worst Movie of All Time” by Entertainment Weekly and numerous other expert sources.  The film is famously bad, with many low-lights to its 50-year history, including a O% rating on Rotten Tomatoes and inclusion on nearly all Worst Film lists. But 2015-6 has seen an upswing (of sorts) for Manos, with a Playboy magazine article, a biography by Jackey Neyman Jones, who played Debbie, the little girl terrorized in the film, and now an award-winning novelization by Sullivan.

The film escaped its well-deserved obscurity when Mystery Science Theater 3000 (MST3K) lampooned it during Season 4 of their ht TV show.  An MST3K version is available on DVD and YouTube, and a blu-ray edition of Manos was also released in 2015.

“It’s really funny to me that the ‘Worst Movie of All Time’ is now an Award-Winning book!” Sullivan said.  “It’s also a great boost for my small publishing house, Walkabout Publishing.  It proves that in today’s publishing world, small outfits can compete with the Big Boys.”

Sullivan’s Manos: The Hands of Fate can be purchased in e-book or paperback through Amazon.com.  He has Patreon page to support his ongoing projects.  Sullivan’s next project is Tournament of Death 4, a novel which he will write live online during the 2016 Olympic Games.  His “scary version” of the film — Manos: Talons of Fate — is scheduled for a Fall 2016 release.

IN THIS EPISODE: … Vincent plots to resurrect his mummified queen and has a disturbing realization… Join my Precognitive Team ($2 & up) and get all the stories in PDF format in advance! Welcome to another […]

B-Movie Cast & Me – Diary of a Madman – Vincent Price

Hey, all you podcast listeners and b-movie fans… I once again had the great and fun priviledge of joining Vince & Mary Rotolo and B-Movie Man Nic Brown on the B-Movie Cast. On their 199th […]