My dear friend Jean Rabe just released a new book, THE DEAD OF AUTUMN, another in her series of action-mysteries featuring young sheriff, Piper Blackwell.  I love a mystery, and this is my favorite series going!

Because Jean’s a buddy, I’ve gotten to see a lot of the book as she wrote it, and I have to say, from what I’ve seen, this may be the best one yet!

And because you’re here, you get to read a special excerpt (below)…

Teal organza wings embellished with silvery clock gears shimmered strangely beautiful in the setting sun. They were attached to the shoulders of a woman lying face-down in a ditch, a quarrel protruding from her neck, the blood that had streamed from the wound still wet. Another quarrel was lodged in the middle of her back. Sheriff Piper Blackwell guessed the woman was roughly her height, a little over five feet.

The breeze gusted, ruffling the wings just enough that Piper could see the deceased wore skimpy short-shorts covered in green sequins matching the lone sequined tennis shoe on her right foot. The left foot was bare and tangled in coarse fescue.

A Halloween costume, obviously. Piper had spotted several children trick-or-treating on her drive here and had stopped to lecture a pint-sized Superman who’d darted in front of her Explorer.

The farmhouses on this county road sat a half-mile to a mile apart. The woman might have been going to one of them, attending a party perhaps; Piper would check on that in a little while. She wanted to ease the victim over, get a look at her face, find some identification, but she wouldn’t disturb the body until after the coroner arrived.

Piper edged into the ditch and turned on her body cam. Basil did the same. He clicked away with the department’s camera, a recently purchased Canon Rebel XT that would yield high quality digital photos.

She picked a path around the woman, carefully bending the tall grass, looking for a purse or cell phone. Nothing. Maybe they were under the body. Piper took her time, mindful of the slope, as she was a little off-balance with her left arm still in a sling. She’d badly broken the arm in September on Jerusalem Ridge, and pins and a titanium rod now held it together. Another few weeks or so, the doctor said, before it would be fully healed. Until then she had restricted duty: no pushing, pulling, or lifting.

Piper knew he referred to his years with the Chicago Police Department’s Gang and Narcotics Division. She’d seen a lot of death, too, from her tours in the Middle East.

“But I’ve never seen a fairy killed by arrows, Sheriff Blackwell. A first for me.”

Isn’t that cool?  And right now, the first book in the series is only 99 cents.

You’re gonna wanna give this a try, so here are some links:

I think you’ll enjoy it, too. 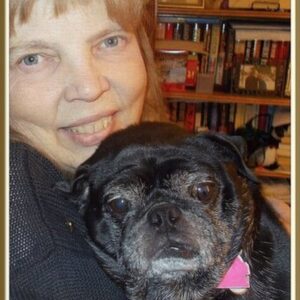 From there she went on to become the director of RPGA, a co-editor with Martin H. Greenberg for DAW books, and, most notably, Rabe is an award-winning author of more than forty science fiction/fantasy and murder mystery thrillers.