Just in time for the Holidays…
The cult classic tale of lust and madness!

This is not the Manos of Mystery Science Theater 3000 (MST3K) — this is a new, deadly serious adaptation of the film in which I (Stephen D. Sullivan) make the famously “bad” film into an actual, scary horror novel.

Can I make a bad film into a great book?  Well, my previous (comedy) adaptation won the 2016 Scribe Award for Best Novel Adaptation — and my first readers are saying they like this book even better!

So… Click those links, pick the format you like, and give the book a try.  I know you’ll be happy you did, because…

The Master is pleased! 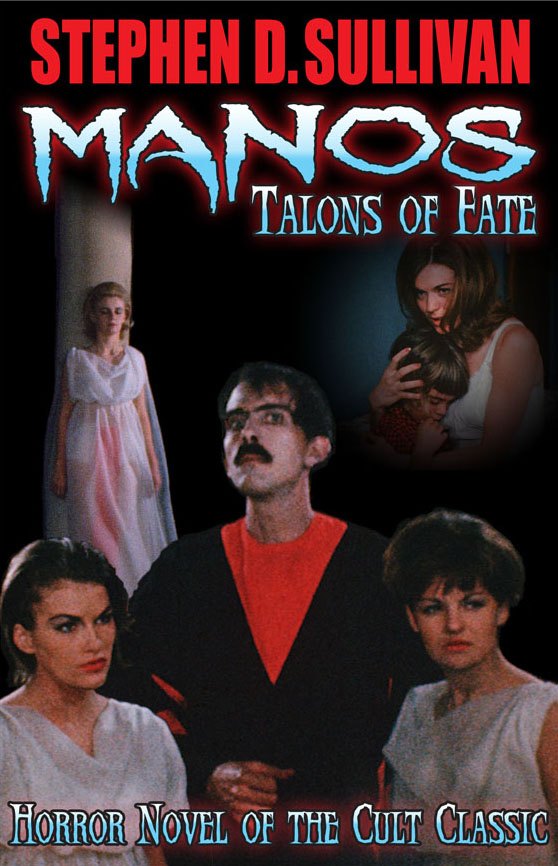 It’s a fast and furious week with so much going on here! (Manos interview, Canoe Cops, etc.)  But here’s the BIGGEST news… I’VE LAUNCHED MY PATREON PAGE! To celebrate, I’m posting the 2nd FREE installment of […]

Ready to be Steampunk’d?

While I’m working on my Frost Harrow novels (and covers), I continue to have new stories released in other venues.  If you haven’t checked my Smaswords page lately, you may find some tales you haven’t […]