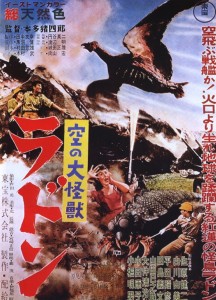 Fans of Pacific Rim may not be may not be aware that kaiju (sometimes also called daikaiju) have been around for more than 50 years.  Kaiju loosely translates as “strange beast” or “monster” (and daikaiju as “giant monster”), but while you might consider Ray Harryhausen’s the Beast from 20,000 Fathoms (the grandfather of the genre) a giant monster, kaiju usually refers to a “rubber suit monster” — that is, some guy dressed up in a  monster costume stomping on meticulously crafted miniature cities.  For purists, kaiju only come from Japan, though the usage of the word seems to be spreading to creatures from other countries (Gorgo or Konga, for instance), and even to non-rubber suit creatures like those in Pacific Rim.

In honor of Pacific Rim, and my free online serial, Daikaiju Attack, I thought now would be a great time to whip up a short list of kaiju films that everyone should see.  Note, these are not robot-versus-monster films, but merely classic kaiju flicks that are a great place to start, if you haven’t previously been into the genre.  (We’ll save the giant robots for another post.)  So, without further ado, we’ll count the films down from 5 to 1.

5) RODAN –The first color kaiju film is an “easy landing” for newcomers because the re-cut American release version may actually be better than the Japanese original.  (It’s tighter and avoids some plot problems.)  Sure, you should watch the dubbed version after you watch the English-language one, but don’t beat yourself up about watching the dub first. 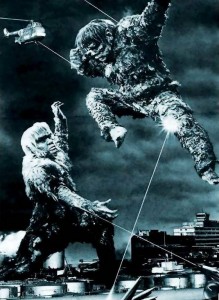 4) GODZILLA, MOTHRA, AND KING GHIDORAH: GIANT MONSTERS ALL-OUT ATTACK (often known simply as GMK) — After reinventing Gamera, director Shusuke Kaneko decided to tackle the King of the Monsters.  The result was this, possibly the best of the “modern” Godzilla films.  He and his crew reimagined the monsters in new terms (not used before or since), and that makes this good stand-alone viewing.

3) WAR OF THE GARGANTUAS — The kaiju in this film (originally intended to be a sequel to Frankenstein Conquers the World) look more humanlike than most monsters, but the lack of bulky costumes really allows the creatures to engage in rollicking epic battles amid top-notch miniatures and special effects. Russ Tamblin (West Side Story) stars as a scientist.  You can either watch him dubbed in the Japanese version, or watch everyone else dubbed in the American version.

2) GAMERA: GUARDIAN OF THE UNIVERSE — Godzilla’s main monster rival (from another studio) gets brought into the modern age in this, the first of Kaneko’s Gamera trilogy.  All three are among the best kaiju films ever, but start with this one, because it’s the first.  You’ll believe a giant turtle can fly.  Well, okay, maybe not, but you’ll sure have fun. 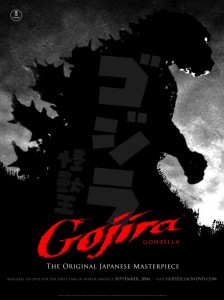 1) GOJIRA — The original kaiju film that inspired all the rest, this flick is darker and more serious than all of the rest.  It’s a film with a strong anti-war (and anti-nuclear) message, and that makes it more emotion-packed than any kaiju film since.  The heavily modified American version, Godzilla: King of the Monsters, is a fun watch, but do your self a favor … Watch this one first in the original Japanese cut.

Because if you’re going to be a real kaiju fan, you have to learn to read (and love) subtitles.

Thanks for your time.  Drop me a line if you like this post, and maybe I’ll do more.  Oh, and while you’re at the computer, check out Daikaiju Attack.  It’s free online and new episodes are being posted every weekend.  Happy reading — and watching!

IN THIS EPISODE: …We meet our werewolf up close and personal… (Just a reminder that my Patreon subscribers at $2 and above get all stories in advance!) Welcome to another chapter of Dr. Cushing’s Chamber of […]

Halloween Month!  Also, month of craziness as I was teaching a class (on classic horror films) and both our moms were/are having serious health issues — so our lives are in the middle of changing. […]

Print Release! Canoe Cops vs. the Mummy! Buy It NOW!

I’m thrilled to announce the release of the print edition of Canoe Cops vs. the Mummy! The release day is today, September 28th, 2016 — and it’s set to coincide with the premiere of Christopher […]