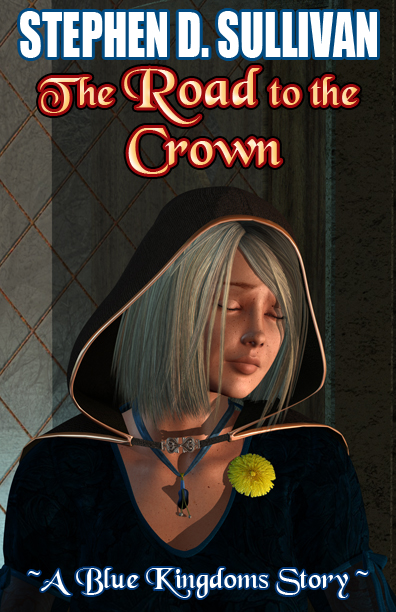 The picture above is one possible cover for the story I’m currently working on — “The Road to the Crown” — which has been described by my first readers as an allegory or a fable.  We’ll see what it is once I finish it, but for now, I thought you might like a sneak peek at the cover.  (I’m also working on a new Time War story, a new Crimson story, and a Brion Wilde Yule story — so watch for those soon.)

And don’t forget to sign up for my free, monthly newsletter (and get free stuff).